A total of 66 volunteers from Beijing Foreign Studies University (BFSU) provided services during the 2022 China International Fair for Trade in Services (CIFTIS) held from Sept 1 to 5 at the Shougang Park in Beijing. 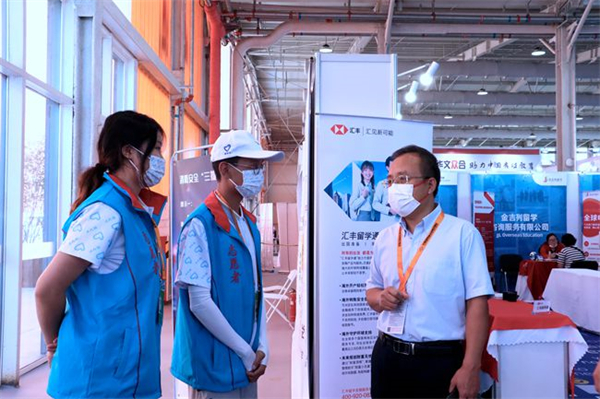 Jia Dezhong, member of the standing committee of the CPC BFSU committee and vice-president of the university, talks with volunteers during the 2022 CIFTIS on Sept 5. [Photo/bfsu.edu.cn]

Jia Dezhong, member of the standing committee of the CPC BFSU committee and vice-president of the university,  encouraged volunteers to give full play to their professionalism in foreign languages, inherit the fine traditions of BFSU’s volunteer work, and tell the stories of China. 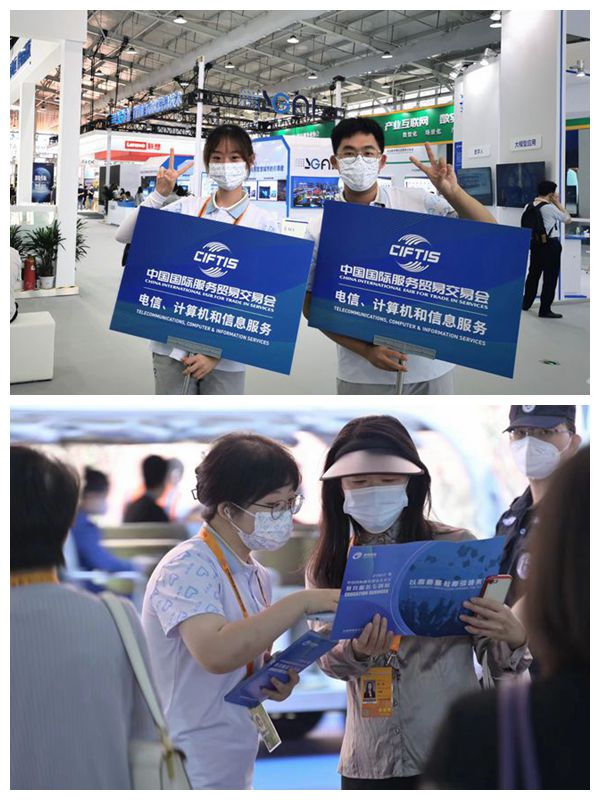 BFSU volunteers provide services during the 2022 CIFTIS at the Shougang Park in Beijing. [Photo/bfsu.edu.cn]

BFSU volunteers mainly served the operation and coordination of theme exhibitions in the four sectors of culture and tourism, education, engineering and telecommunications at the Shougang Park. They offered guidance, consultation and explanation to visitors with a total service time of more than 3,300 hours.

They also took an active part in activities organized by the CPC committee and CYL committee of the Volunteer Family, and were acclaimed by the CIFTIS volunteer group for their dedicated attitude, language proficiency and hard work. 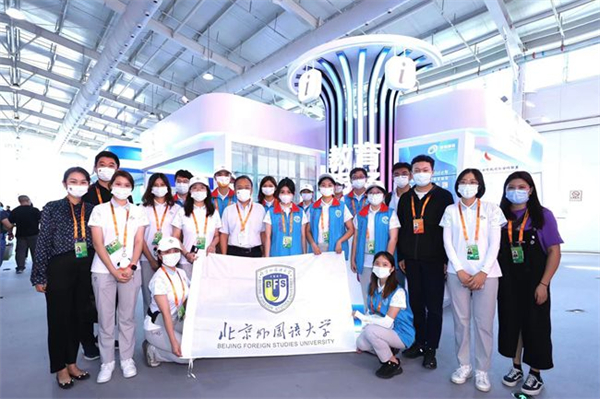 Huang Lunlun, secretary of the CYL BFSU committee, joins a group photo with volunteers of the university at the Shougang Park. [Photo/bfsu.edu.cn]