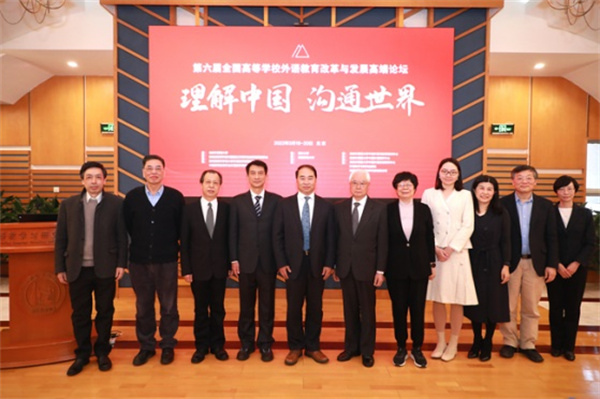 The Sixth National High-end Forum on Foreign Language Education Reform and Development for Higher Education Institutions is held from March 19 to 20 at FLTRP.[Photo/bfsu.edu.cn] 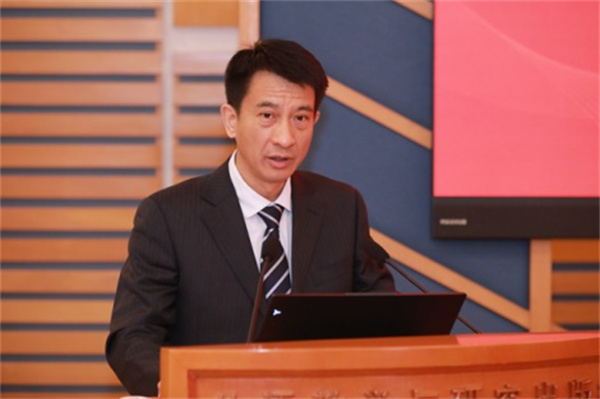 Chen Xueliang, deputy director of the International Communication Bureau at the Publicity Department of the CPC Central Committee, speaks at the forum. [Photo/bfsu.edu.cn]

Chen Xueliang, deputy director of the International Communication Bureau at the Publicity Department of the CPC Central Committee, gave a keynote speech titled Cultivating Excellent Translation Talents to Boost Communication between China and the World. According to Chen, translation is the foundation of better telling Chinese stories and strengthening international communication. 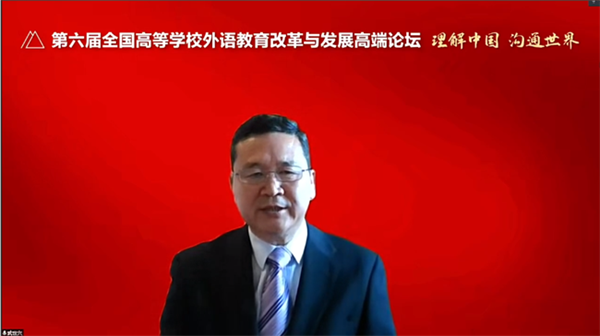 Wu Shixing, deputy director of the Department of Higher Education at the MOE, stresses the significance of innovation in higher foreign language education at the forum. [Photo/bfsu.edu.cn]

Wu Shixing, deputy director of the Department of Higher Education at the MOE, delivered a keynote report titled Deepening the Construction of New Liberal Arts and Cultivating Foreign Language Talents in the New Era. Wu said China's higher education has undergone great transformations amid profound changes unseen in a century. In this context, high-quality development should be considered as the main task, serving national strategies should be seen as the greatest demand and the construction of new engineering, medicine, agriculture and liberal arts should be regarded as the main approach.

Zha Peixin, former Chinese ambassador to the United Kingdom, gave a keynote report titled Great Missions, Glorious Tasks, Forge Ahead and Make More Contributions. He noted that foreign language universities have advantages and play a vital role in the pursuit of understanding China and interacting with the world, and they need to make greater contributions and nurture talents with determination, patriotism, global vision, international literacy and foreign language proficiency to realize China's national rejuvenation. 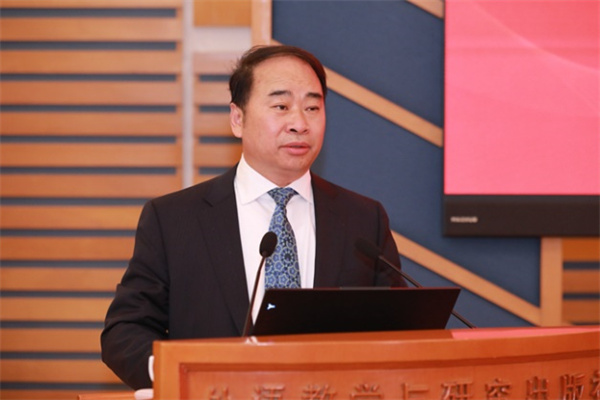 Wang Dinghua, Party secretary of the CPC BFSU committee, delivers a keynote speech at the forum.[Photo/bfsu.edu.cn]

As one of the key participants in global governance, higher education institutions have a long way to go in global education governance and must contribute their wisdom and strength, Wang said. These institutions should follow the principles of inclusiveness, fitness, commonality and a broad vision, and faculty members should form a global perspective, perform their patriotic duty, possess professional competence and shoulder their responsibilities.

Nine thematic forums were held during the forum, with 92 speakers exchanging views on the new pattern and development of China's higher education in foreign languages.

Representatives from the National Research Centre for Foreign Language Education, the Academic Affairs Office, the School of English and International Studies, the School of Russian, the Department of Hispanic and Portuguese and the School of German Studies gave speeches.

The forum also saw the release of several textbook series, including Contemporary College English (third edition) and Over to You, and invited editors and college teachers to discuss the construction and utilization of high-quality foreign language teaching materials.

The forum demonstrated the determination of China's higher foreign language education in training talents for the Party and the country, indicated the bright prospects of its development, and inspired foreign language teachers and students to convey China's voice and its connection with the world.