The Academy of Regional and Global Governance at Beijing Foreign Studies University (BFSU) and Indexpedia, the world’s first encyclopedia of indices, held the 2022 Global Index Symposium in Beijing on Dec 31.

Two works presented under the guidance of Yang Dan, president of BFSU, Meta Index and the Declaration on the Ethics of Indices, were released. The symposium also announced the launch of Indexpedia and a pre-release of 20 new indices developed by BFSU.

With a theme of “Index the World for the Future”, the symposium was chaired by Wang Jianbin, executive vice-dean of the Academy of Regional and Global Governance.

Zhao Gang, vice-president of BFSU, delivered a welcome speech in which he said the university will focus on global languages, culture and governance to become a world-class university and further contribute to China’s global strategy. 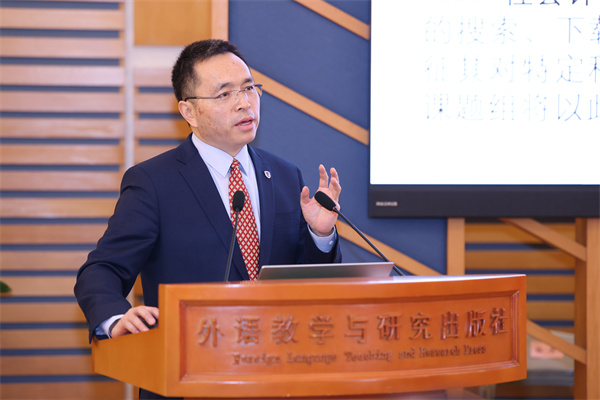 Yang Dan, president of BFSU, delivers a speech at the 2022 Global Index Symposium on Dec 31.  [Photo provided to bfsu.edu.cn]

Yang launched Meta Index, the world’s first index of indices, driven by the idea that indices need to be better understood, evaluated and developed. Meta Index uses data from various sources and adopts multiple measures to comprehensively evaluate indices, providing users with quick access to the most valuable ones. It also offers references for scholars and research fellows, supports the growth of the index market and facilitates the development of index studies. 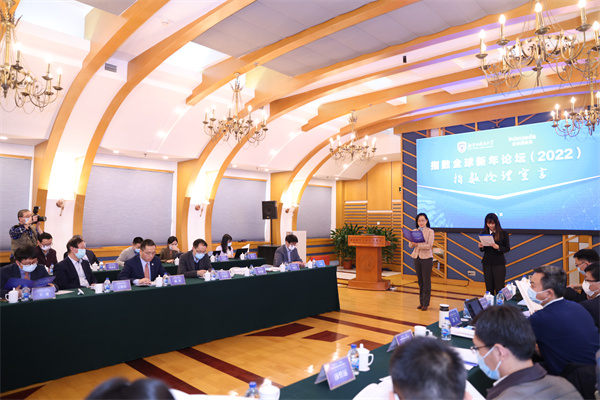 Li Ziying, vice-dean of the Academy of Regional and Global Governance, and Ren Wen, dean of the Graduate School of Translation and Interpretation, read the Declaration on the Ethics of Indices. [Photo provided to bfsu.edu.cn]

Li Ziying, vice-dean of the Academy of Regional and Global Governance, read the Declaration on the Ethics of Indices, and Ren Wen, dean of the Graduate School of Translation and Interpretation, translated and presented the English version.

The Declaration marks the first moral and ethical framework that covers international index work and is designed for researchers and users in this field. It calls for justice, openness and science and advocates that index research should follow the rules of academic independence, fair competition and balanced development. The Declaration opposes using indices as a means for discrimination and suggests that the international community should work together and use indices in a science-based and rational manner. 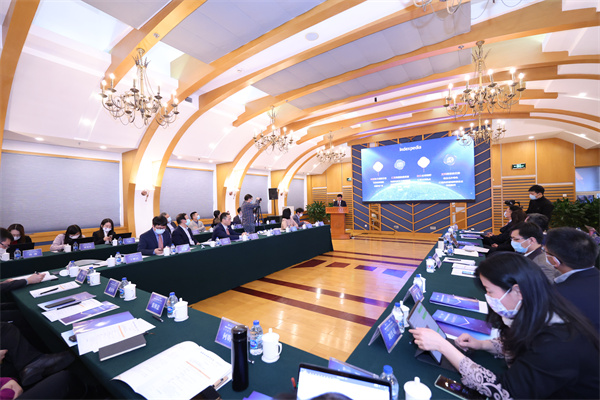 Indexpedia, the world’s first encyclopedia of indices, is launched at the 2022 Global Index Symposium on Dec 31.  [Photo provided to bfsu.edu.cn]

Niu Huayong, dean of the International Business School, elaborated on Indexpedia. As the world’s first encyclopedia of indices, the website aims at becoming a structured, dynamic and interactive mechanism and establishing an index-based general knowledge system.

The website kicked off its first phase of development in 2021 and has already collected data from 1,200 influential indices. Boasting a well-designed and interactive interface, it has also reprocessed almost 400 indices into a more user-friendly format through images and graphs.

The subsequent round-table discussions were presided over by Zhou Xinyu, a professor from the Academy of Regional and Global Governance. Participating experts included Yu Hongjun, former deputy director of the International Department of the CPC Central Committee, Yu Yunquan, president of the Academy of Contemporary China and World Studies at the China Foreign Languages Publishing Administration, Cui Hongjian, director of the Department for European Studies at the China Institute of International Studies, Wang Yong, academic deputy dean of the Institute of New Structural Economics at Peking University, Wang Jimin, a professor from the Department of Information Management at Peking University and president Yang Dan.

Experts and scholars exchanged views on the social functions of indices and the future development of the discipline and spoke highly of Meta Index, the Declaration and Indexpedia.

The symposium also announced a series of indices to be released in 2022, which will include 11 indices on international communication competency, four on global governance and five on globalization.