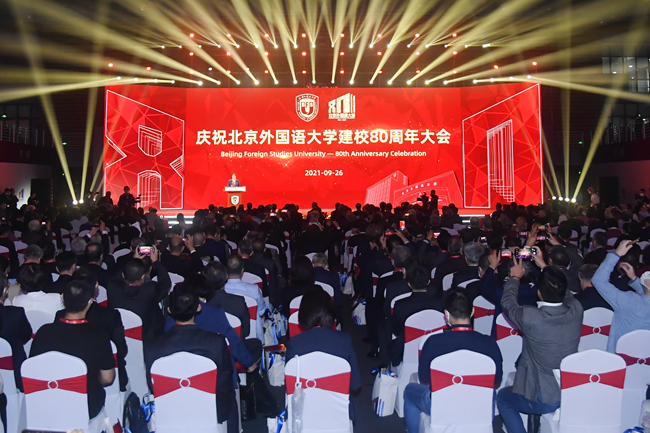 President Xi Jinping sent a reply letter to the senior professors of BFSU, congratulating them on the university's 80th anniversary and extending sincere greetings to faculty, students and alumni of the school. 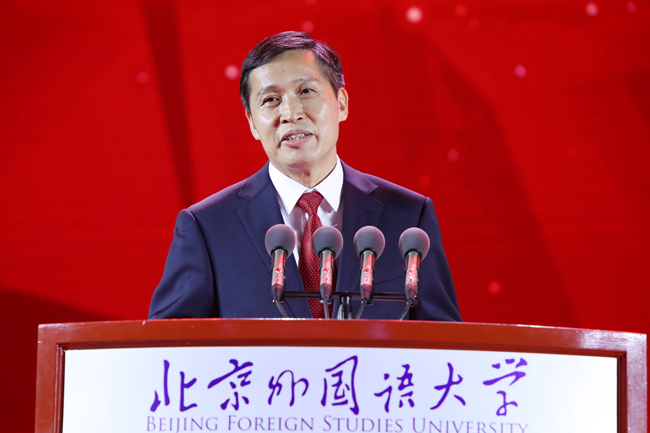 Zhong Denghua, vice-minister of Ministry of Education was present and spoke highly of BFSU's contributions over the last 80 years as a cradle of Chinese talents in foreign affairs, diplomacy, foreign trade and foreign languages.

On behalf of the Ministry of Education, Zhong said he hopes BFSU will stick to its fundamental task of education - to cultivate more compound talents with devotion to the country and the Party, a global vision, and professional skills.

He said the university should continue to tell the stories of China well and foster faculty who can carry forward the spirits of senior professors and can be role models that guide young people.

Movses Abelian, Under-Secretary-General for General Assembly and Conference Management in the United Nations (UN), sent a congratulatory letter to the university, in which he reviewed the close cooperation between the UN and BFSU, and hoped the university will continue to cultivate high-quality foreign language talents in the future. 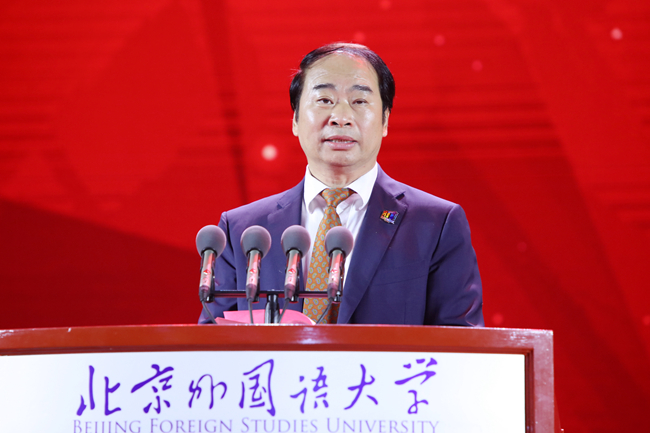 Wang Dinghua, Party secretary of BFSU, expressed heartfelt gratitude and high respect on behalf of the university to people from all walks of life who have cared about and supported the construction and development of BFSU.

Wang said that in the last eight decades, BFSU has pioneered the development of China's foreign language education, as well as international exchanges and mutual learning, leaving its own influence in the process of promoting China to the world.

Wang emphasized that 2021 is the first year for China to embark on a new journey of marching toward the second centenary goal of building China into a great modern socialist country in all respects.

"We should take this celebration as a new starting point and ramp up our efforts to make China better known and understood by the rest of the world," Wang said. 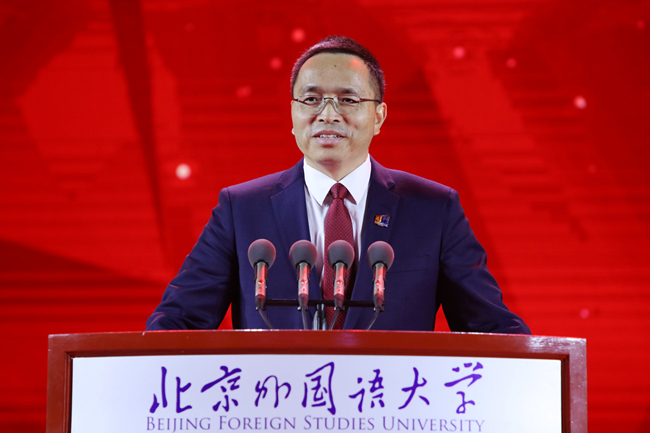 Yang Dan, president of BFSU, reviewed the school’s history in his speech and looked forward to its future.

Hao Ping, president of Peking University, delivered a speech as the representative of Chinese universities. He said that during its 80 years of development, BFSU has become a university with the most foreign language majors in the world that bears a high academic reputation and wide influence.

Victor Antonovich Sadovnichy, rector of Lomonosov Moscow State University, delivered a speech on behalf of other foreign universities via video link at the ceremony.

Ali Obaid Al Dhaheri, ambassador of the United Arab Emirates to China, delivered a speech on behalf of foreign diplomats during the ceremony. He said that as a university with a glorious history, BFSU has cultivated over 100,000 graduates and made huge contributions to friendly exchanges between China and the rest of the world.

Speaking on behalf of BFSU's alumni, Zhang Yesui, chairman of the Foreign Affairs Committee of the National People's Congress, reviewed his academic studies at the campus and expressed gratitude to the university. He said that only by closely incorporating personal growth with social development and making contributions to national development will the life of an individual become more valuable and meaningful.

Ren Wen, dean of the Graduate School of Translation and Interpretation of BFSU, said that she and other faculty members felt proud of and joy for the noticeable achievements made by the university at this historical moment.