BFSU holds the 3rd Presidents’ Forum of the Global Alliance of Foreign Studies Universities on Sept 26.

Representatives from the Publicity Department of the CPC Central Committee, enterprises in the field of language and translation and member universities of the alliance attended the forum.

The forum was presided over by Jia Wenjian, deputy secretary of the CPC BFSU committee and vice-president of the university.

At the beginning of the forum, Yang Dan, deputy secretary of the CPC BFSU committee and president of the university, signed the Global Language Education Community Initiative (Beijing 2021) with representatives from other renowned foreign studies universities from China and abroad. 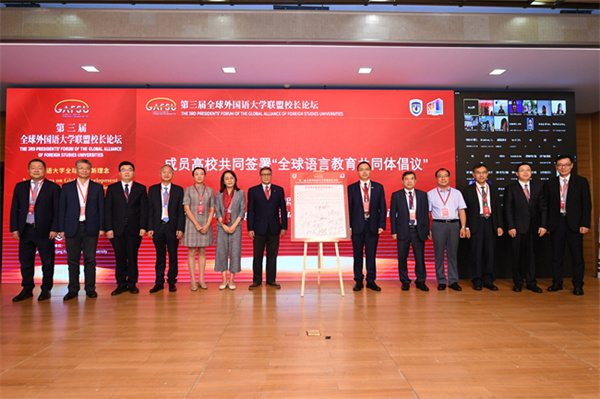 The initiative aims to cope with the unprecedented challenges faced by human language exchanges caused by accelerated globalization, digitalization and smart transformation.  It calls on member universities of the alliance to rise to the challenges, pool their wisdom and resources, and build a better future of global language education with a pioneering and innovative spirit. 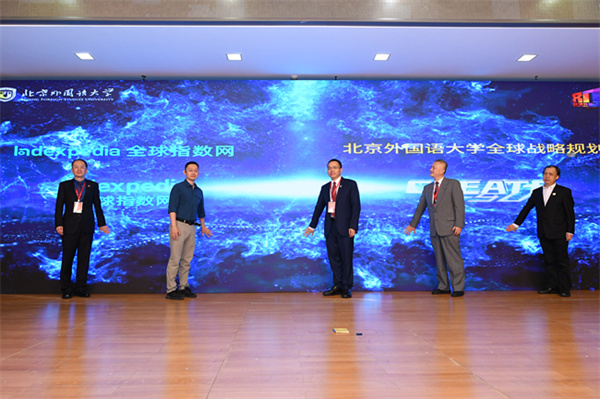 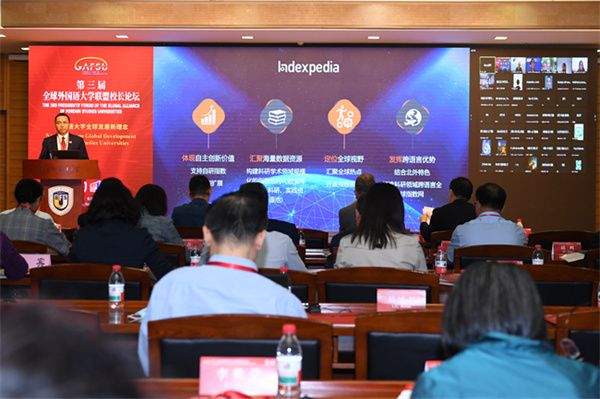 Yang Dan, deputy secretary of the CPC BFSU committee and president of the university, speaks at the 3rd Presidents’ Forum of the Global Alliance of Foreign Studies Universities on Sept 26.

Yang illustrated the concept of indexpedia. As the first index encyclopedia in the world, the website is committed to breaking disciplinary barriers by building a structured, dynamic and interactive platform and forming a global indexed general knowledge system.

At present, indexpedia has gathered 1,200 important indexes in 18 fields such as economics, society and culture, and covers 196 countries and regions. The website will launch other major language versions to attract researchers around the world and expand its global influence.

Jia explained the core of the BFSU Global Strategic Planning (2020-2050), and boiled it down into “BFSU CREATE”. 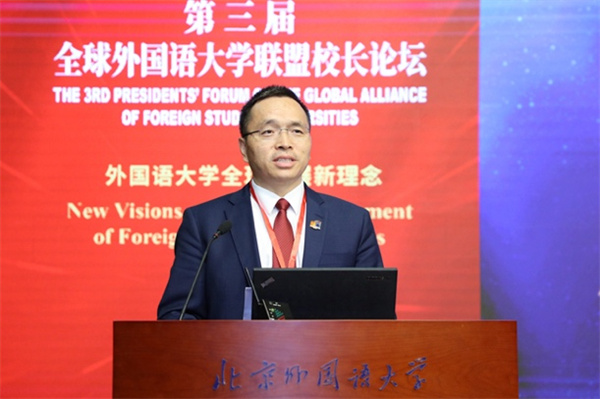 Yang Dan, deputy secretary of the CPC BFSU committee and president of the university, delivers a keynote speech at the 3rd Presidents’ Forum of the Global Alliance of Foreign Studies Universities on Sept 26.

“We advocate achieving win-win cooperation in global language education, protecting diverse civilizations and creating a new future of global governance and area studies by adopting the notion of a global community of languages, cultural protection and international governance,” Yang said.

Kim In-chul, president of Hankuk University of Foreign Studies (HUFS), talked about HUFS’s innovative talent training mode and teaching methods, as well as its experience in coping with the impact of the COVID-19-pandemic on international student flow.

Liu Li, president of Beijing Language and Culture University, shared the trend of international Chinese education and the direction of Chinese teacher education.

Anastas Gerdzhikov, rector of Sofia University St. Kliment Ohridski, talked about the importance of mutual benefit and mutual learning among universities within the alliance.

Dong Hongchuan, president of Sichuan International Studies University, expressed his opinions on methods of expanding the opening of higher education in the new era.

Cong Mingcai, vice-president of Dalian University of Foreign Languages, introduced the role the University of Shanghai Cooperation Organization has played in cultural exchanges between China and foreign countries to serve the Belt and Road Initiative. 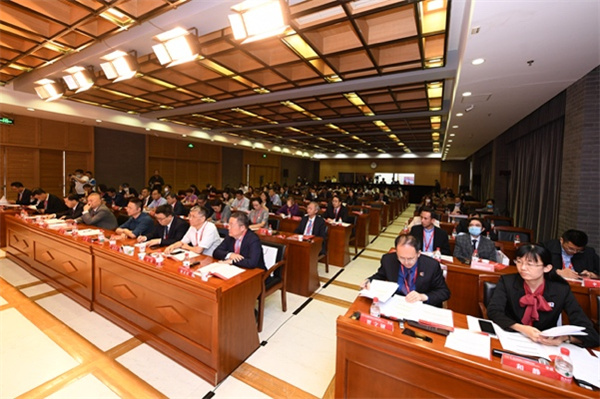 Representatives from renowned foreign studies universities at home from China and abroad exchange views on Sept 26. 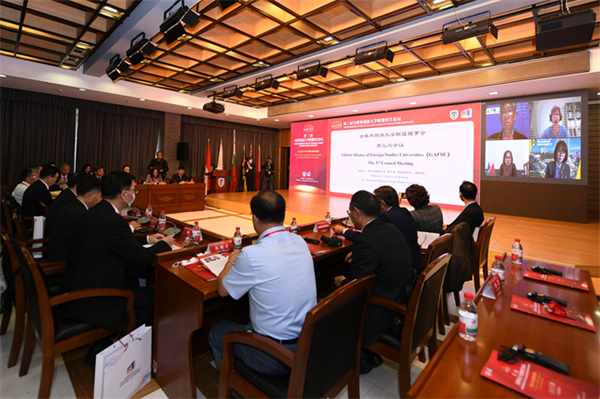 The council of the global alliance of foreign studies universities holds its third board meeting on Sept 26.

The council of the global alliance of foreign studies universities held its third board meeting before the start of the forum. The council reviewed the alliance’s work in the last two years, deliberated and approved the Capital University of Economics and Business and Zhejiang Normal University as new members, discussed development orientation from 2021 to 2022, consulted deliberated about cooperation priorities and the working mechanism of the council, and determined Shanghai International Studies University (SISU) as the organizer of the fourth forum in 2023.

Li Yansong, president of SISU, made a statement at the forum. 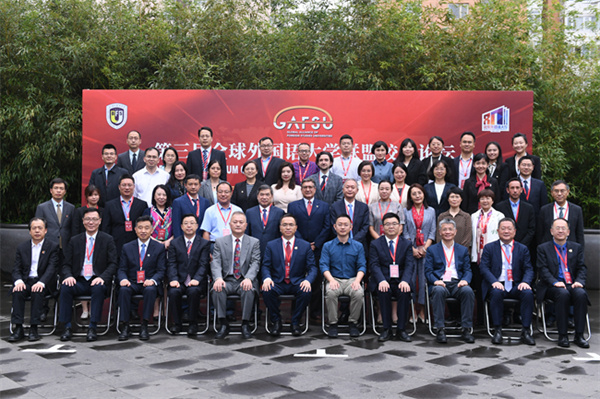 More than 100 experts and scholars attend the 3rd Presidents’ Forum of the Global Alliance of Foreign Studies Universities on Sept 26.

The forum attracted more than 100 teachers and experts from the member universities of the alliance. Representatives from 23 Confucius Institutes and Confucius Classrooms hosted by BFSU in 18 countries around the world participated in online discussions.