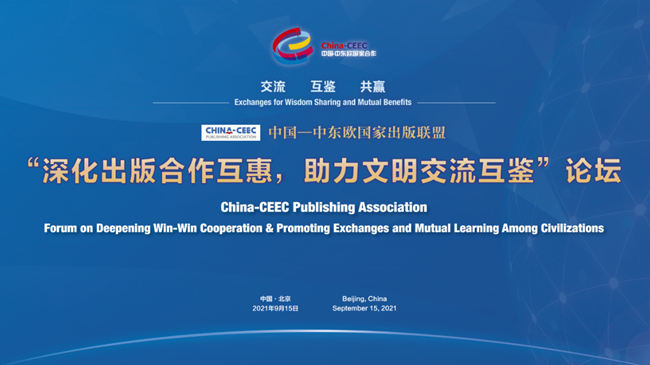 This year's China-CEEC Publishing Association Forum is held at BFSU on Sept 15.

In-depth discussions centered on how the publishing industry, writers, and translators can communicate and cooperate to promote cultural exchanges, cross-cultural understanding and mutual learning among people in China and Central and Eastern European countries.

At the forum, Zhang Jianchun, deputy head of the Publicity Department of the CPC Central Committee, spoke highly of the achievements of the association in developing its members, promoting exchanges and mutual learning between civilizations, expanding the connotation of cooperation, and jointly fighting the COVID-19 epidemic. 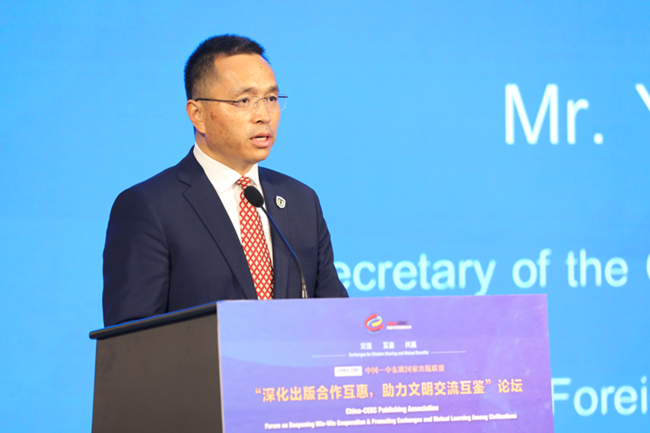 BFSU President Yang Dan, also deputy secretary of the BFSU Party Committee, said that facing the new era, the university will always focus on three major disciplines covering global language, global culture, and global governance, make full use of its advantages in using foreign languages, expression and intelligence to tell China's stories in history and today, and show the world a true, three-dimensional and comprehensive China.

Chinese and foreign guests, including Jidimajia, a famous Chinese poet and vice-president and secretary of the Secretariat of the China Writers Association, Zhang Mingzhou, president of the International Board on Books for Young People, Petrit Ymeri, president of the Albania Publishers Association, and Wang Fang, Party secretary and chairperson of the board of the Foreign Language Teaching and Research Press (FLTRP), exchanged opinions at the forum.

They believe that the mutual translation of classic works, educational materials and children's books is beneficial for cultural exchange, cultivating talents and improving the growth of the world's young people.

They said all member units will continue to work hard and contribute more to the promotion of connectivity and people-to-people exchanges between China and Central and Eastern European countries and the diversified development of world civilizations.

Zhao Gang, member of the Standing Committee of the BFSU Party Committee and vice-president, gave a summative speech. The forum was presided over by Xu Jianzhong, director-general of the China-CEEC Publishing Association and editor-in-chief of the FLTRP.

The forum was sponsored by BFSU, the China-CEEC Publishing Association, the FLTRP, and the China National Publications Import & Export (Group) Corporation, and supported by the Belt and Road Academy of Beijing Language and Culture University, the Shandong Education Press and Lifetree Books, a children's book translation and reading platform in China. 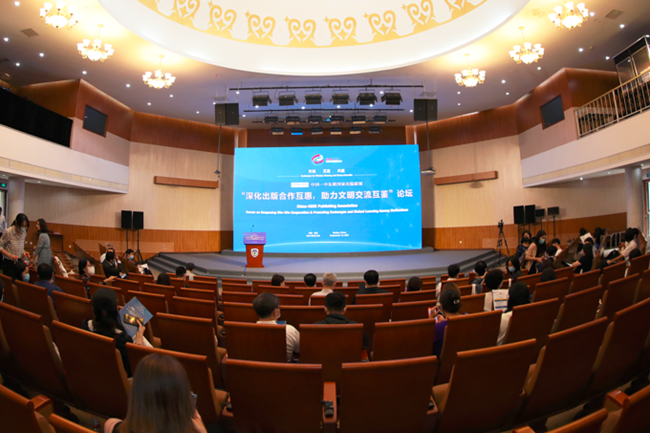 Representatives from government authorities, universities and publishing houses participate in the forum.

Nearly 600 people covering special representatives of China-CEEC Cooperation in China's Ministry of Foreign Affairs, envoys of Central and Eastern European countries to China, and representatives of BFSU and member units of the association attended the forum.

The association was formally established in August 2018. The secretariat is located in the FLTPR. There are currently 52 members, involving more than 100 publishing houses, covering 13 Central and Eastern European countries.