School of Japanese and International Studies（Beijing Center for Japanese Studies） 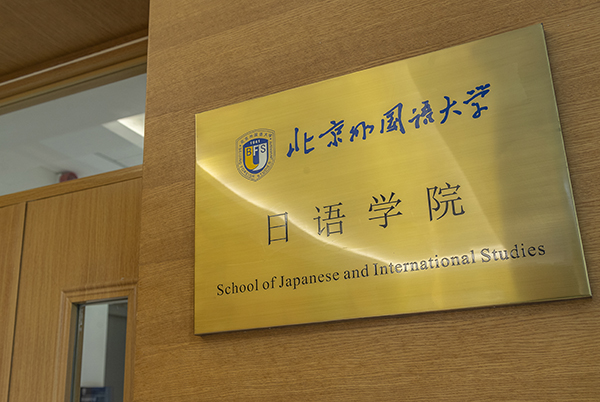 It was authorized to offer the Master of Arts in Japanese Language and Literature in 1986, and doctoral-degree programs with approval of the Ministry of Education (MOE) in 1993.

In 2007, it won the accreditation of key national discipline of Japanese Language and Literature by the MOE as well as key discipline of Beijing. The School began offering its Master of Translation and Interpreting (MTI) program in 2013 and was among the first-batch of accredited national-level leading undergraduate degree programs in 2019.

The exceptional faculty of the School of Japanese and International Studies, who are all doctoral-degree holders from leading universities in and outside of China, is at the core of a system dedicated to high-level talent cultivation. Moreover, the School has worked closely with a host of Japanese academics and visiting professors over a long period of time.

On an annual basis, 72 undergraduate students, 30 master's students and three to four doctoral candidates are admitted. The undergraduate program is offered on two levels, beginners admitted based on the national entrance examination system and those based on a recommended admission.

Through the Japanese language programs, the School aims to cultivate high-end language professionals and inter-disciplinary talents with solid language capacity and comprehensive skill-sets.

Covered by university-level exchange arrangements with close to 30 universities including Waseda University and Keio University, the School of Japanese and International Studies sends about 50 undergraduate students annually on exchanges or study trips to Japan.

Established in 1985, the Beijing Center for Japanese Studies is affiliated to Beijing Foreign Studies University(BFSU), and it is a scientific research and teaching institution that trains high-level talents with master's degrees or above.

The Center was rated as a national key discipline base of Japanese language and literature by China’s Ministry of Education(MOE) and a key discipline of Beijing in 2008, and a national and regional research base of the MOE in 2012. It was included in the China Think Tank Index (CTTI) in 2017, and its academic journal Japanese Studies was selected for entry into the Chinese Social Citation Index (CSSCI 2021-22) in 2021.

The predecessor of the Center was the National Japanese Language Teacher Training Class that was held in Beijing in accordance with the cultural exchange agreement signed between the Japanese and Chinese governments when the then Prime Minister of Japan Masayoshi Ohira visited China in December 1979. As the training course elicited a highly favourable response, the MOE and the Japan Foundation established the Beijing Center for Japanese Studies in September 1985, located at BFSU.

With established exchanges and cooperation relationships with well-known universities, research institutions, and non-governmental organizations in Japan, it sends master and doctoral students to Japan for study and research every year.

In addition, the Center boasts an international school philosophy, high-level faculty and scientific researchers, abundant research potential, a rich collection of Japanese books, and advanced software and hardware facilities, which make it one of the few comprehensive academic platforms in China that integrates Japanese teaching, Japanese studies, consultation, and cultural exchanges.

Since its establishment, the Center has trained more than 1,500 high-level, high-quality Japanese language and Japanese studies professionals in the fields of education, scientific research and foreign exchanges. It has made important contributions to China's modernization drive, educational and cultural exchanges, and the friendly relationship between China and Japan.