School of European Languages and Cultures 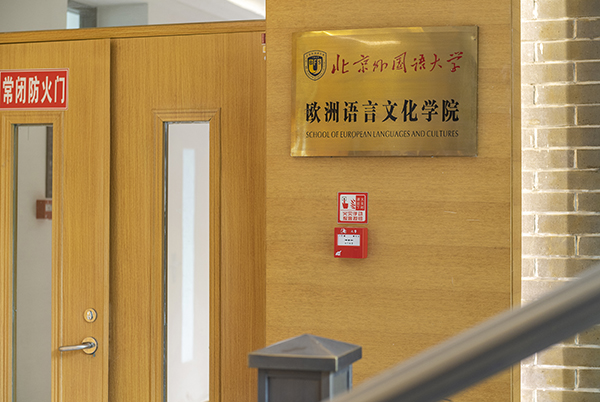 As of June 2021, the school had a total of 60 full-time teachers, including 23 professors and associate professors, 20 foreign cultural and educational experts, one postdoctoral fellow in the postdoctoral research station. There were also seven Chinese and foreign honorary professors and nine guest professors.

In 2007, the European minority language specialty was included in the characteristic specialty construction program by the Ministry of Education and the Ministry of Finance, and in 2010 the European language and literature specialty was evaluated as a municipal key course. The school began to offer master's and doctoral programs in European language and literature in 1988. Today, it has more than 600 undergraduate and postgraduate students.

The Center for Central and Eastern European Studies of Beijing Foreign Studies University, which was built by the school, is a country-specific and regional research and cultivation base affiliated to the Ministry of Education. It was selected as a CTTI source think tank in 2017. The school is also building 12 country-specific and regional research centers filed by the Ministry of Education.

The school has contributed a lot to BFSU’s effort to build foreign language and literature into a world-class discipline. From 2019 to 2020, the eight specialties of Polish, Romanian, Bulgarian, Albanian, Hungarian, Italian, Czech and Swedish were included in the national first-class undergraduate specialty construction program and Slovak, Greek and Finnish were included in the municipal first-class undergraduate specialty construction program.