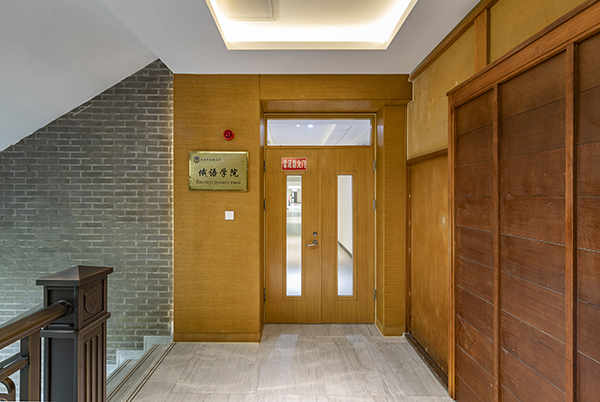 The School of Russian is a major academic institute in Beijing. Its Russian language majors are characteristic academic disciplines at the municipal and national level. The school was authorized by the Academic Degrees Committee under the State Council to enroll graduate students in November 1981. It has been authorized to confer doctoral degrees from July 1986. Nowadays, there are bachelor’s, master's and doctoral programs at the school, which also has postdoctoral programs for Chinese and overseas doctorate holders.

There are 33 staff members at the School of Russian, consisting of 28 teachers, three school counselors, a postdoctoral staff member, and one managerial employee. Its teaching staff are composed of four doctoral supervisors, 10 professors (four PhD supervisors included), eight associate professors and 10 lecturers. Many teachers at the School of Russian are famous scholars known at home and abroad, most notably having won the Pushkin Medal and Gorky Literature Prize.

The School of Russian offers eight foreign language courses, which include Russian, Ukrainian, Kazakh, Kyrgyz, Uzbek, Turkmen, Tajiki and Belarusian. Undergraduate students are expected to study for four years. The master's degree programs range between two and three years, while postdoctoral students will study for either three or four years. The teaching of Russian has been integrated with the courses of the other seven foreign languages.

The courses for undergraduate students at the School of Russian cover comprehensive practice, grammar, listening, reading, writing, translation and interpreting. Other than improving the linguistic knowledge and professional skills of students, they are also designed to increase their humanistic qualities and help them have a better understanding of target countries in regards to their geography, history, culture, literature, society and arts.

Students from the School of Russian have performed well in the annual Band-4 and Band-8 Tests for Russian Majors (TRM).

The academic programs for master's degrees at the School of Russian include Russian linguistics, Russian literature, the social culture of Russia, MTI (translation and interpreting) and regional studies of the universities associated with the Shanghai Cooperation Organization (SCO).

The School of Russian is a leading member of the organizing committee for the TRM Band-4 and Band-8.

The journals of Eurasian Humanities Studies (Chinese version) and Slav Civilization (foreign version) by the School of Russian have been published in China and other countries and have been very popular amongst teachers and students of Russian majors.